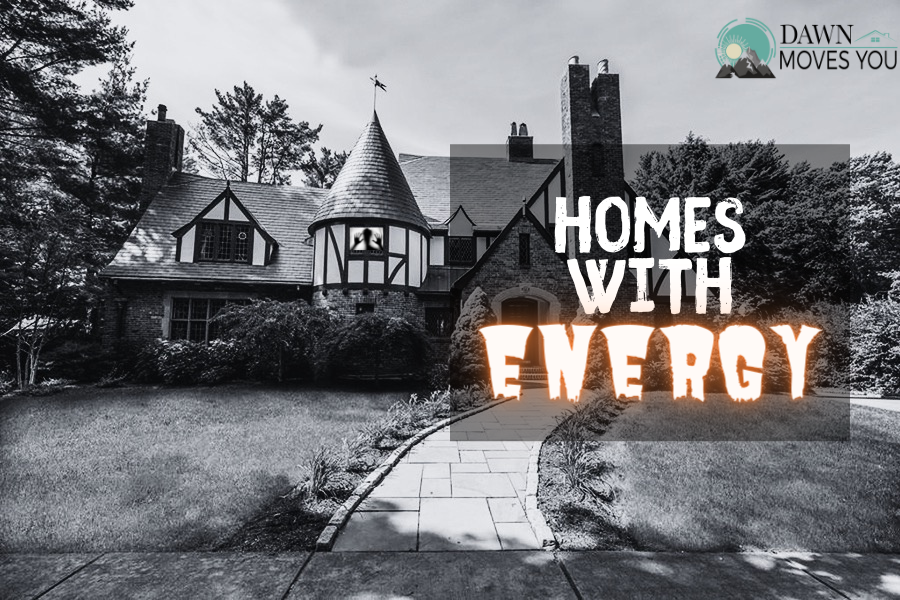 Have You Ever Been in a Home With “Energy”?

Do you believe homes have energy? Some good, some not so good?

We have all experienced homes that have enveloped us with all the warmth and love as though grandma was in the kitchen baking fresh bread, but have you ever walked into a home and didn’t want to go any further than the threshold?

There are homes that I’ve shown that had such an eerie feeling that I would have to ask, “what happened here?”, and even sometimes refused to go into the basement. Being a Realtor for over 30 years, you learn to trust your gut. However, sometimes you don’t even know what the home has in store for you until you live in it.

I purchased my home in Utah over 21 years ago moving cross-country from Florida. I knew the first week of living here that this 1983 Tudor home was special.

It started on the intercom system, coming from my baby boy’s room at that time of night when, you know, spirits are supposed to be the most active. I wake to hear static coming from what I first thought was the baby monitor... but quickly realized that it was the intercom system. Mind you, the intercom system was OFF.  At first low, then high pitched, then low again. I got up, checked the system, walked down the hall to my son’s room, and...nothing. Connor was sleeping so peacefully. So, of course, I went back to bed.

You know that moment when you just fall back to sleep, and BOOM, what woke you before happens again? Well, it happened, only way louder this time...as if someone was trying to say, “I’m talking to you, can you hear me?”  Well, of course, I jumped out of bed and ran down the hall, and scooped up my little one to sleep with me for the evening.  I had the intercom system removed the next day.

Through the years, I’ve heard super balls bouncing in my attic (where there is only insulation), removed hundreds of brass BB pellets in the carpet, even though it’s been replaced (twice), heard noticeable footsteps walking up/down the steps, and music and chatter being heard by more than one person. Crazy right!  But, not once did I feel like I was in harm's way.  I felt like someone simply wanted to play.

I have been told that the one family that lived in the home prior to me moved to California and one of their son's passed from Meningitis (the way of passing has not been confirmed). The superball bouncing in the attic and the BB pellets now make sense. I even went to a psychic and was told that you need to walk through your home and tell your little spirit that you are not the light, and that he needed to move on into the light. So, yes, like a crazy person, when I felt his presence, I would say “I am not the light, you need to move into the other light, this is no longer your home.”  Can you believe me when I say that it worked?!

Many years after this experience, I was bringing groceries into the home and the bag broke right at the garage door. As I was picking up my stuff, I noticed writing on the casement around the door. Sure enough, there were height marks and names registering children's growth. Christopher's name stood out like a beacon. I must have passed by that door thousands of times and never noticed. His last mark on this home indicated he was 6.

I occasionally feel Christopher's presence, but he doesn't stay long. Almost as if he is simply checking in.

Drop me your story at DawnMovesYou@gmail.com